Anand Doobay deals with criminal and regulatory matters including fraud, extradition, mutual legal assistance, corruption, sanctions, tax and money laundering. He was appointed by Theresa May (then Home Secretary) to a panel to review the United Kingdom’s extradition arrangements and the European Parliament asked him to prepare an expert report on potential reforms to the European Arrest Warrant system. Anand has advised a serving Prime Minister, a former Deputy Prime Minister, a Deputy Foreign Minister and three G20 Governments and has been involved in high profile and politically sensitive investigations and prosecutions in over 50 countries.

How did your legal career begin?

I think it begun with LA Law which really dates me. Watching the television series persuaded me that the law would offer excitement, drama and the opportunity to help clients achieve their goals. This was followed by some work experience which included a visit to the Old Bailey. I saw part of a trial of a man who was accused of performing indecent acts on a cat while travelling on a tube train. This probably provided me with a truer reflection of the very varied human stories that you deal with as a solicitor as you try and help your clients through difficult situations.

You’ve recently started your own Law firm called Boutique Law – congratulations, how are you finding that process?

I am really enjoying having two trainees working with us. I think it is very difficult now to get a training contract and I believe that firms really have an obligation to take on trainees. The other thing that is very rewarding is being able to influence the working culture. We don’t have targets and we have a very relaxed working environment.

Tell us about your best and worst days at work

My worst day at work was when I rather foolishly wore a tie that someone had given me with the cartoon character the Tasmanian Devil on it. Suffice to say the partner I worked for was unamused and told me to leave the office and only return once I had purchased and was wearing a different tie.

Looking back on your career, is there anything that you would have done differently?

I took a law degree because I did not know that you could do a different degree and then do a law conversion course. If I had known this then I would have studied English at university. I think that you can gain a lot from studying other subjects which you can then apply to a career as a lawyer.

You are on the Council of JUSTICE, what motivated you to get involved?

I was introduced to JUSTICE when I was still a trainee but didn’t know much about it. Once I qualified, I was encouraged to join by a partner at my firm. After that I have worked with or alongside JUSTICE on many policy and legal issues concerning criminal law and particularly extradition. I have always been struck by JUSTICE’s thoughtful and pragmatic approach. I think that it is really important that there is a non-political organisation which is considering the fundamental issues which are affecting our legal system. Given this experience, I was very honoured to join the Council of JUSTICE which allows me to try and support the work that JUSTICE does.

You’re quoted for maintaining a ‘calm manner under pressure’ by Who’s Who Legal Business Crime Defence 2015. What advice do you have for aspiring legal professionals for keeping their cool under pressure?

It is all too easy to lose perspective because of pressure of work or deadlines. However, experience has taught me that what today seems to be a crisis of gargantuan proportions will have been solved and forgotten about within a short space of time. I also think that it is very easy to treat arbitrary deadlines as if they were fixed in stone and this can also lead to unnecessary stress. 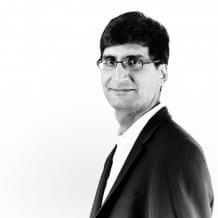