020 7329 5100 / admin@justice.org.uk
HomeOur workEventsAccess to justice in an age of coronavirus: a conversation with Sir Geoffrey Vos

We are delighted to invite our JUSTICE members to a webinar on 29 June 2020 from 6 to 7.15 pm starring Sir Geoffrey Vos, the Chancellor of the High Court, discussing access to justice during a time of coronavirus with Andrea Coomber.

More about our speaker:

Sir Geoffrey was appointed Chancellor of the High Court of England and Wales on 24 October 2016. He holds responsibility for the conduct of business in the Business and Property Courts and presides in the Court of Appeal. Prior to that, he was a Lord Justice of Appeal from 2013 and was President of the European Network of Councils for the Judiciary from January 2015 to June 2016. He was appointed as a High Court Judge in October 2009. He sat in the Courts of Appeal of Jersey and Guernsey between 2005 and 2009, and in the Court of Appeal of the Cayman Islands between 2008 and 2009, having begun his judicial career as a deputy High Court Judge in 1999.

He was the Chairman of the Chancery Bar Association from 1999 to 2001 and Chairman of the Bar Council in 2007, having taken silk (Queen’s Counsel) in 1993 after a career practising at the Chancery-Commercial bar, both domestically and internationally.  He was Chairman of the Social Mobility Foundation from 2008-2011. He was elected as an Honorary Fellow of Gonville & Caius College, Cambridge in November 2015.

He is Editor-in-Chief of the White Book. He is a member of the UK Government’s LawTech Delivery Panel and chairman of it UK Jurisdiction Taskforce. He is Dean of Chapel and Keeper of the Black Books for Lincoln’s inn for 2020. 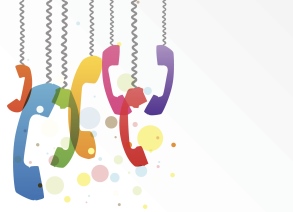 We can't give advice, but these organisations may be able to help you