Andrea has been Director of JUSTICE since February 2013.

Between 2002 and 2013 she was Equality Lawyer and then Legal Director at INTERIGHTS (the International Centre for the Legal Protection of Human Rights) where she litigated key cases before the European Court of Human Rights and the African Commission on Human and Peoples’ Rights. In Strasbourg, Andrea advised the applicants in landmark cases such as:

She intervened as a third party in numerous cases, including:

For a decade, Andrea trained lawyers and judges on international law and equality law in Africa, Europe, Asia and the Pacific. Before joining INTERIGHTS, she worked at the International Service for Human Rights in Geneva and at the South Asia Documentation Centre in New Delhi. She is qualified as a barrister and solicitor in Australia.

Andrea has a BA/LLB (Hons) from the University of Western Australia and an LLM (Dist.) from the London School of Economics, where she was awarded the Rosalyn Higgins Prize for topping public international law. She sits on the litigation advisory panels of a number of international human rights organisations and lectures regularly on international litigation and equality law. Andrea is an Affiliate Member of the Centre for Law & Social Justice at the University of Leeds.

Andrea is an Honorary Master of the Bench of Middle Temple. In October 2019, Andrea was appointed as a Lay Member of the Conduct Committee of the House of Lords. 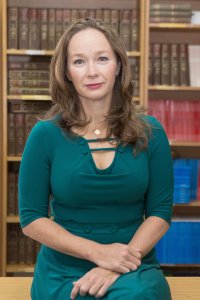