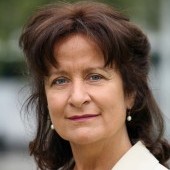 “Access to justice, human rights and the rule of law – as a lawyer and as a democrat, I can think of few causes more important to defend and extend.”

Baroness Kennedy of the Shaws QC practises predominantly in the criminal law, undertaking leading work of all kinds. She also undertakes judicial review, public inquiries and sex discrimination work. She has acted in many of the prominent cases of the last four decades including the Brighton Bombing Trial, Guildford Four Appeal, the bombing of the Israeli Embassy, the abduction of Baby Abbie Humphries and a number of key domestic violence and terrorism cases.

She is the former chair of the Human Genetics Commission and a member of the World Bank Institute’s External Advisory Council and a board member of the British Museum. She stepped down as chair of the British Council in July 2004 after completing six years. She was chair of the Inquiry into Sudden Infant Death for the Royal Colleges of Pathologists and of Paediatrics, producing a protocol for the investigation of such deaths. She chaired the Power Inquiry’s campaign, makeitanissue.org.uk, which called for the next phase of constitutional reform to be a more inclusive, democratic process involving ordinary citizens. She is the chair of Arts and Business, a Bencher of Gray’s Inn and a member of the House of Lords speaking on issues of human rights and civil liberties.

A frequent broadcaster and journalist on law and women’s rights, her publications include the widely acclaimed Eve Was Framed: Women and British Justice (Vintage, 1993) which was fully updated and reissued in paperback in March 2005. Her book Just Law: The Changing Face of Justice and Why It Matters To Us All (Chatto & Windus, 2004) was also published in paperback in March 2005.