JUSTICE tries to influence the debate not to control it. It can look critically at an issue and make suggestions, it can intervene in cases with thorough research that parties are unable to undertake, and it has influence with civil servants and MPs behind scenes. Its strength is in its unfailing objectivity. Scotland has much to gain from an organisation like JUSTICE.

JUSTICE as the British Section of the International Commission of Jurists has endeavoured to consider the consequences of the justice system across the four jurisdictions of the UK, and in our early years had branches across the Commonwealth as well as in Scotland. Over time these groups became national organisations or were affiliated with the ICJ directly. The Scottish work was taken back in house as our staff compliment grew, but with devolution it was increasingly recognised that there was a need for focused work in Scotland.

In 2010 our work on a British Bill of Rights and on access to a lawyer during police detention led to the setting up of a Scottish Advisory Group. This was formalised in 2012 with the launch of JUSTICE Scotland.

Operating largely as a volunteer group of leading lawyers, with support from London staff, JUSTICE Scotland has already contributed significantly to debate about reform of the criminal and civil justice systems in Scotland. 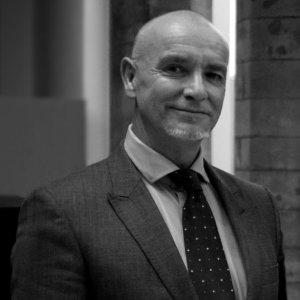 On Saturday we learned that Derek Ogg QC sadly passed away. Derek was a leading advocate in Scotland, a committed champion over many years of human rights and access to justice for all, particularly for the LGBT+ community. He chaired JUSTICE Scotland from 2016-2017. He is an immense loss to the legal profession and our thoughts are with his friends and family.

Chair of JUSTICE Scotland, Shelagh McCall QC said, “Derek was a tireless campaigner for human rights. From co-founding Scottish Aids Monitor in the 1980s to his recent successful efforts to obtain a pardon and apology for gay and bisexual men convicted of sexual offences, he was not afraid to stand up and be counted. It is a measure of the impact he has had on Scottish society that so many tributes have been paid from so many quarters, including the First Minister. I will miss his friendship, his humour, and his ability always to make me think.”