“It was pretty impeccable” –  Conference Delegate 2020

Opening with a keynote speaker and closing with a discussion on our recent work in the courts and in Parliament, the conference provided a unique opportunity for the next generation of lawyers to come together and discuss cutting edge justice issues with leading practitioners. In addition, the conference provided delegates the opportunity to take part in two workshops about some of the legal challenges JUSTICE will be addressing in the year ahead.

As a delegate, you will:

Booking for this event has now closed. 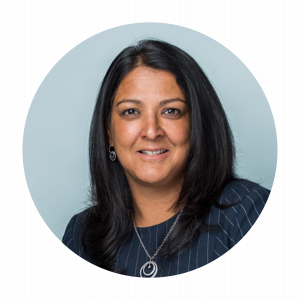 Sonali Naik QC is a senior public law and immigration practitioner with over 28 years’ experience who specialises in public law cases and in all aspects of immigration, asylum and nationality law. Sonali is ranked for immigration in Chambers UK 2020 and has a significant Higher Courts practice. She conducts almost exclusively leading work at all levels: the Court of Appeal, the Administrative Court and in the Upper Tribunal in statutory appeals and judicial reviews. She has very substantial immigration and asylum experience in her High Court and appellate court practice, acting in various country guidance asylum cases, most recently in AS(Afghanistan) in the Court of Appeal, the latest leading case on internal relocation. Sonali has an extensive judicial review practice in the areas of Article 8 ECHR certification, nationality, challenges to Home Office policy, trafficking and unlawful detention.

Sonali is Chair of Liberty and a trustee of Freedom From Torture and the Immigrant’s Aid Trust (charitable arm of the Joint Council for the Welfare of Immigrants) and was appointed to the Justice Working Group on Reform of Immigration and Asylum system. She won Lawyer of the Year at the Diversity Legal Awards 2018. She won Highly Commended for Outstanding Contribution to Diversity & Inclusion at the Chambers Bar Awards 2019. She was a finalist for Legal Aid Lawyer of the Year in 2016 and was featured as The Times’ Lawyer of the Week in January 2018. 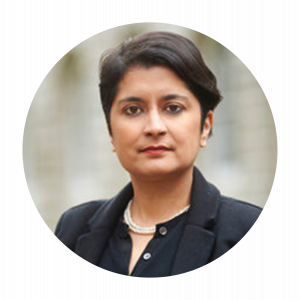 Shami Chakrabarti is a human rights lawyer and activist and a member of the House of Lords. She was Shadow Attorney General from 2016 to 2020 and Director of Liberty from 2003 to 2016.

Called to the Bar in 1994, she was a Home Office lawyer from 1996 until 2001. She is a Bencher of Middle Temple and has been the Chancellor of Essex and Oxford Brookes Universities, holding a number of visiting posts at various university law schools.

17:00    Welcome and Briefing Parliament: what we do and why it matters

This opening session is an opportunity to understand how JUSTICE responds to proposals for legislative change and works with Parliamentarians to achieve that. Jodie Blackstock, JUSTICE’s Legal Director, in conversation with Baroness Shami Chakrabarti, will look at the impact of JUSTICE’s work on the parliamentary process.

18:00    Breakout Sessions
(Choose one of the following three sessions)

When parents/carers separate, or indeed were never together, fundamental aspects of a child’s life must be decided by the adults responsible for them. With whom will they live? How often should they see the other parent and in what circumstances? When agreement cannot be reached, the Family Court provides a forum for these questions to be decided, where the child’s welfare must be, by law, the paramount consideration. However, serious issues have been raised about the ability of the families involved to effectively participate in the current court processes. Many who cannot afford legal representation feel marginalised; those at risk of harm (particularly domestic abuse) feel unsafe; and the children at the centre of the dispute feel unheard.

Such issues question the dignity experienced by users within the court process, and furthermore the ability of such a process to produce an outcome in the best interests of the child. This session will ask what “access to justice” means for these families, and how the process can be more accessible, safer and more child-focused.

Privatisation and Automation: Impact on Access to Justice
Over the last 40 years government has increasingly outsourced administrative decision making to private contractors. Alongside this we have seen an increasing use of technology in public administration, including by private companies and by public servants using automated systems supplied by private companies. These trends raise concerns about the ability of individuals to understand the decisions that are being made about them by the State and to effectively challenge those decisions when they are believed to be wrong. These concerns include issues of transparency, a lack of understanding of, and expertise in, how these decisions are being made and by whom and the amenability of private companies and algorithms to challenge through existing routes of redress.

This session will examine what impact outsourcing and automation is having on the administrative justice system and how we can ensure that individuals are able to effectively challenge automated and outsourced decisions. The continuation of outsourcing and automation are inevitable. Our goal is to produce recommendations aimed at ensuring that they are done in a way that protects the rights of individuals, in particular their rights of redress. We will also examine the opportunities for better administrative decision making that automation and outsourcing may provide.

The murder of George Floyd in the United States last summer triggered a renewed global movement, under the banner of #BlackLivesMatter. This has given voice to the concerns of Black, Asian, and Minority Ethnic (BAME) communities that the bias and discrimination they face remains unaddressed.

This is evident from the UK’s youth justice system, where– from arrest to custody – the proportion of BAME children is higher than that of their White counterparts. While the underlying causes are complex, there are clear drivers behind the issue. From the disproportionate impact of stop and search powers, to the inadequate provision of diversion programmes for BAME children, there is an urgent need to overhaul the criminal justice system so that it works for everyone.

In this session, we shall centre BAME children’s experience of the criminal justice system and explore where the law can go next to ensure that they are treated with the dignity and respect they deserve.

17:00    Breakout Sessions
(Choose one of the following three sessions)

This year’s keynote speaker is Sonali Naik QC, discussing her career as a senior public law and immigration practitioner.