In August 2020, during the height of the COVID-19 pandemic, JUSTICE published “When Things Go Wrong: the response of the justice system”. It made 54 practical recommendations aimed at reforming institutional responses to deaths or other serious incidents where a “systemic pattern of failure” is evident.

With the Prime Minister pledging to hold a statutory public inquiry into the pandemic in Spring 2022, it is fundamental that it is established and run in a way that reflects the needs of bereaved people and ensures public trust. The inquiry must be able to independently investigate failures by Government, establish a truthful and transparent account of what happened, and learn lessons from previous mistakes to prevent recurrence of what went wrong.

This webinar was the first in a series of JUSTICE Working Parties at Work events, taking a closer look at specific recommendations suggested by our working parties and the impact that they have had on the justice system. 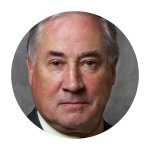 Chair: Sir Robert Michael Owen is a former judge of the High Court of England and Wales. In 2016, he presided over the public inquiry into the death of Alexander Litvinenko. He was called to the bar at Inner Temple in 1968 and elected an Inner Temple bencher in 1995. He was appointed a Recorder in 1987, being qualified as a deputy High Court judge from 1994, and made a Queen’s Counsel in 1988.

From 1991 to 1993, he served as Vice-Chairman of the London Common Law and Commercial Bar Association, and as its Chairman 1993 to 1995. In 1997, Owen served as Chairman of the General Council of the Bar, having served as Vice-Chairman the previous year. He was named an associate fellow of the Institute of Advanced Legal Studies and a Fellow of the Royal Society of Arts in 1998. He chaired JUSTICE’s Working Party “When Things Go Wrong: the response of the justice system”. 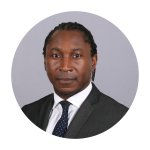 He sits on the Equality Diversity and Inclusion sub-committee for the Inner Temple and is a member of the Bar Standards Board and also sits on the BSB’s its Race Equality Taskforce. 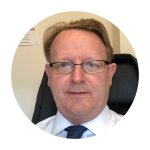 Pete Weatherby QC (Garden Court North Chambers, and Trustee of INQUEST) has been representing bereaved families at controversial inquests and public inquiries for about 30 years, including the Hillsborough, Sonny Lodge, Grenfell, Manchester Arena, and Anthony Grainger Inquiries.  Pete appeared in the Middleton case which changed the law relating to the scope of inquest conclusions, following the coming into force of the Human Rights Act, and has been a keen proponent of legal reform in this area, including calling for proper funding for bereaved families at inquests, and campaigning for a statutory duty of candour.  Pete was one of the drafters of the Public Authority (Accountability) Bill 2017 (“Hillsborough Law”) in this regard, and he gave evidence to the Justice Working Group on inquests and inquiries about the need for a duty of candour.  The final report endorsed the need for such a law. Pete currently leads the counsel team representing the C19 Bereaved Families for Justice group, instructed by Elkan Abrahamson of Broudie Jackson Canter, in preparation for the forthcoming Public Inquiry. 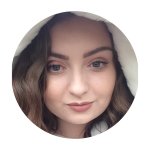 Hannah Brady is a Campaigner and Spokesperson for Covid-19 Bereaved Families for Justice U.K., a group of over 4000 families bereaved by COVID-19 who have been calling for a statutory public inquiry into the Governments handling of COVID-19 since May 2020. They continue to push the Government to meet with and consult bereaved families now that an inquiry has finally been announced. Hannah is a Paralegal based in Manchester, and lost her 55 year old Dad, Shaun Brady to COVID-19 in May 2020.