Over three million people have fled Ukraine since the start of the Russian invasion. As the conflict continues, the numbers of Ukrainians seeking safety in other countries is only likely to increase.

Join JUSTICE and Matrix Chambers for this webinar, where an expert panel will discuss the UK’s legal obligations to Ukrainians fleeing the conflict.

This event is the first in JUSTICE’s Ukraine Series, discussing legal implications of the current conflict.

This webinar will be held over Zoom. 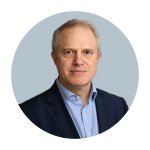 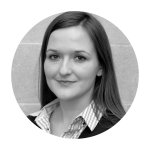 Dr Yulia Ioffe is a Lecturer in International Human Rights and Humanitarian Law at UCL, Institute for Risk and Disaster Reduction (IRDR). She received her doctorate from University of Oxford where she focused on the rights of asylum seeking children, particularly the rights to family life and liberty. Prior to joining academia, Yulia worked at UNHCR in Ukraine and in Bosnia and Herzegovina, and Ukrainian Red Cross Society. She also clerked for H.E. Judge James R. Crawford at the International Court of Justice. 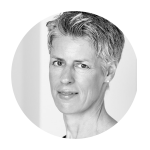 Samantha Knights QC is a versatile and established silk recommended in both Chambers & Partners and Legal 500 with a broad practice but focusing on immigration and asylum, public law, human rights, international law and commercial litigation. Her cases have involved ground breaking developments in law before the Court of Appeal, Supreme Court, European Court of Human Rights and Court of Justice of the European Union.

She is instructed in a wide range of complex cases involving trafficking and modern slavery, refugee, immigration and nationality law and has been involved in a number of test cases on asylum law before the Court of Appeal and Supreme Court and CJEU. A number of her cases involve a national security case and are before the Special Immigration Appeals Commission (SIAC) or involve closed proceedings in the High Court in which novel points of law are in issue. She has a particular expertise in law and religion cases and has been instructed in disputes of many kinds in this area from charity, commercial, planning, and nuisance claims.

She has appeared in a number of high-profile claims arising from the Iraq and Afghanistan conflicts including cases concerning the protection of individuals fleeing from conflict zones, liabilities of the British government for locally engaged workers, and cases involving national security and terrorism issues. She has been instructed in a number of international group litigation claims including an action against a Tanzanian gold mine for liability for shot and injured trespassers, and claims on behalf of Cambodian villagers against a British sugar company based on conversion and unjust enrichment arising from land concessions granted by the Cambodian government. These claims raise complex issues including conflicts of law, Act of State doctrine, and foreign law torts.

Samantha also has a wide-ranging commercial and arbitration practice with expertise in insolvency (having practised insolvency law for seven years prior to joining Matrix). She has considerable experience of high-profile complex international actions including the Tchenguiz litigation, Thyssen-Bornemisza trust litigation in Bermuda, arbitrations and litigation involving Russian and Kazakh clients and entities, and the Al-Zayat litigation involving commercial and criminal proceedings in Iran and the UK.