Prior to JUSTICE, Fiona was the Director of Access to Justice Policy, Ministry of Justice, a position she has held from July 2019. Her previously held positions include: Deputy Director for Legal Aid Policy, Justice and Courts Policy Group, Ministry of Justice; Deputy Director for Business Strategy and Design, Her Majesty’s Courts and Tribunals Service; National Crime Design Lead for Her Majesty’s Courts and Tribunals Service; Senior Leader for the Crown Prosecution Service.

Fiona worked as a specialist criminal barrister in the Chambers of Andrew Trollope QC, 187 Fleet Street. She has an LLB (Hons) in European Languages and Law from the University of the West of England and a Diploma in Law from the Inns of Court School of Law, London.

Fiona was the MoJ representative at the Independent Inquiry into Child Sexual Abuse (IICSA) and represented UK Government at the UN for the Convention on the Elimination of Discrimination Against Women (CEDAW) in Feb 2019. 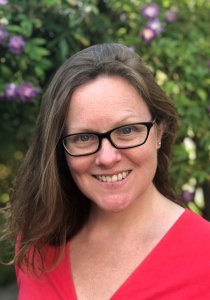