Philip is an Administrative/Public Lawyer at JUSTICE, who has worked for several years within public law gaining considerable experience of Judicial Review.

Philip graduated with a degree in Politics and Philosophy from the University of Sheffield, before completing the GDL. Philip was called to the Bar in 2015 before deciding to pursue a career as a Solicitor. During his legal studies, he took voluntary roles at South Yorkshire Refugee Law and Justice, Liberty, and Bail for Immigration Detainees.

Philip started work as a criminal defence paralegal at Leslie Franks Solicitors, with a focus on Crown Court work, before moving to the Public Law team at Duncan Lewis Solicitors in 2017. He qualified as a Solicitor in early 2020. During his time at Duncan Lewis Solicitors, he worked on several high-profile public law challenges to immigration and detention policy. This included successful litigation in the Court of Appeal challenging the Home Office’s removals policy and the lack of protection for vulnerable immigration detainees held in prison. Philip also worked on high-profile cases involving charter flights to Spain, detention policy during the COVID pandemic and £1/hour detention centre pay.

Philip also worked within immigration/asylum law and has represented individuals throughout their initial asylum claims and subsequent Tribunal appeals. 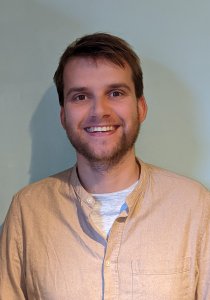