Tyrone is a Criminal Justice Lawyer for JUSTICE, working on a range of issues to make the system fairer and more accessible. After studying Theology at the University of Oxford, he trained and qualified as a lawyer at Clifford Chance, working in London, Hong Kong and Paris. During his time as an undergraduate and later trainee solicitor, he founded and led LGBT Leaders, a conference aimed at increasing accessibility to LGBTQ+ students from across the UK for careers in the law, politics and activism.

While an associate in Paris in the Dispute Resolutions team, Tyrone worked on a number of criminal issues, notably a global investigation into allegations of bribery and corruption spanning multiple jurisdictions, coordinated by the British, French and US criminal authorities. In addition, Tyrone acted on other contentious matters, including international arbitrations, internal compliance investigations, as well as several pro bono human rights cases.

Tyrone also undertook a secondment to the Howard League for Penal Reform, where he advised and worked closely with highly vulnerable children and young people in prison or on remand. 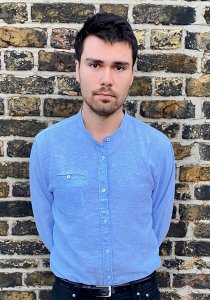