Andrea has been Director of JUSTICE since 2013. Qualifying as a barrister and solicitor in Australia, she has since worked for INTERIGHTS (the International Centre for the Legal Protection of Human Rights), the International Service for Human Rights in Geneva and at the South Asia Documentation Centre in New Delhi.

Can you describe for us what being Director of JUSTICE involves on a day-to-day basis?

Being the Director of JUSTICE is different every day.  I am responsible for the strategy of the organisation, for leadership and management of our staff, finances and other resources, for working with our trustees on governance and critically at the moment, for raising the funds to secure our financial future. We are also a membership organisation, so I spend quite a bit of time with our corporate and individual members.

My first year, 2013, was all about elaborating a strategy for JUSTICE – which involved working closely with our members, the judiciary and senior jurists, political decision-makers and other NGOs to identify our strengths and weaknesses as an organisation and reasserting JUSTICE’s niche.  Our strategy was launched by the Lord Chief Justice in March 2013 and since then I’ve been focused on finding the funds to support its ambition.  We need more lawyers and interns to deliver the work, so in October 2013 we launched an appeal to raise £2million before our 60th anniversary in 2017.  Until the money is raised, I imagine that fundraising will take up a fair chunk of my time.  Also my background is in international human rights, rather than the legal system in the UK, so I’ve had to spend time learning more about this justice system and getting to know people from this new world.  I attend a lot of meetings and events, often in the evening.  Sometimes I feel like I am eating for JUSTICE.

What did you do before you came to JUSTICE?

For the ten years immediately before I joined JUSTICE, I worked at an international NGO called INTERIGHTS, which specialised in international human rights litigation.  For my first five years there I focused on equality litigation before the European Court on cases from Eastern European jurisdictions and on cases to the African Commission from various African jurisdictions.  This was a mix of applicant-led work, where I’d be legal adviser or representative for applicants, and third party interventions in strategically significant cases.  I was lucky enough to work on great cases involving issues such as race discrimination, gender based violence, reproductive rights and disability rights.  For my final five years I was the Legal Director, where I managed a large team of lawyers working on issues as diverse as the right to education, rendition, LGBT and Trans rights, and women’s land and property rights in Africa. Before joining INTERIGHTS, I worked as a human rights lawyer in Egypt, Geneva and India, where I spent a great few years working for the South Asia Human Rights Documentation Centre (SAHRDC) in New Delhi.  Originally, I hail from Perth in Western Australia where I studied Arts/Law at the University of Western Australia (UWA) and was admitted to practice as a solicitor and barrister, working mainly for Minter Ellison’s government and equal opportunity practice.  Between Geneva and Egypt, I also did an LLM in Public International Law at the London School of Economics.

Have you always wanted to be a lawyer?

From a pretty early age, I told people that I wanted to be a lawyer – lots of To Kill a Mockingbird and Rumpole of the Bailey – but on reflection I am not sure I really knew what that meant.  No one in my family was a lawyer or had been to university, so it was probably a bluff.  A close family friend was a magistrate and it seemed to me that he had an interesting and worthwhile job, so when I realised that I didn’t have the stomach to become a doctor, I studied law.  I found law school a bit of a struggle – at the time the degree at UWA was very black letter and dry – so it was hard to get too excited about being a lawyer.  I pretty quickly realised that big firm law wasn’t for me and was lucky enough to find work in an area of the law that I found stimulating and worthwhile, and wasn’t terrible at.

So you have had a very varied route, how do you think the human rights world has changed since you started out?

It’s changed enormously.  When I moved to India in 1998 to work for SAHRDC, pretty much everyone I knew thought that it was a stupid thing to do.  I would return to Australia for Christmas and tell friends from law school that I was working on torture and execution cases to be told ‘oh, that sounds depressing, when are you going to get a real job?’  There was just really low appreciation of human rights being a valuable career path or a career path at all.  Happily I’ve never really cared about what people think, so I continued on and have had a fascinating work life.  And of course, now lots of people recognise that human rights work is worthwhile and it’s a competitive market for human rights jobs.

The normative framework has changed as well. In the late 1990s, we were all talking about the expansion of the protection against torture, for example, with the European Court adopting a more expansive interpretation of Article 3.  We would never have imagined that a few years later, post 9/11, we would be defending those parametres from further encroachment.  All of a sudden the kind of work I’d been working on in South Asia – preventive detention, ‘enhanced interrogation techniques’ etc. – were taking hold in the global north.  All very depressing.

Everyone talks about the UK being an example of human rights worldwide but do you think there is more for us to learn?

There is certainly always more to learn, and the UK doesn’t always get it right.  JUSTICE’s work is highly comparative, and whether in third party interventions or our work on law reform we are always looking to the approach of other jurisdictions to see what might be improved domestically.

But at the same time, in all of the years I was working abroad training lawyers in common law jurisdictions – whether in South Asia, the Pacific or Africa – the best lawyers and judges were always asking for case law from the House of Lords and more latterly the Supreme Court.  And the leading lawyers in Eastern Europe look to the UK courts’ interpretation of the Human Rights Act to assist in their applications to Strasbourg.  This is certainly the most influential jurisdiction worldwide.

What are your aims for the future of JUSTICE?

JUSTICE has been around for almost 60 years and has had a huge impact on the legal landscape, but with ongoing cuts in government spending on the justice system, we are looking at crunch time in terms of access to justice and fairness in our courts and beyond.  Historically JUSTICE has played a key role in proposing how our system should change, we need to reassert out intellectual leadership in this regard.  In addition to our fantastic staff, we are lucky to have an amazing membership of bright, committed people at all phases of their careers, and I want us to work closely with them to identify what needs to change, how to do it and to deliver that change.  Reinvigorating our student network is part of this.  I am proud that under my directorship we now pay interns the London Living Wage allowing students to work with us for periods of time, without needing to worry about how they will support themselves, and I would like us to find ways for groups of student to support our work remotely also.  And if anyone has ideas about how we can raise money, please get in touch! 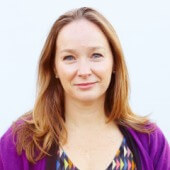