This year our JUSTICE Human Rights Law Conference was held virtually over Zoom in the evenings of Monday 6 July to Thursday 9 July. We hosted discussions on a number of topics including COVID-19 related challenges, the climate crisis, the EU Withdrawal Bill, deprivation of liberty and privacy.

The Conference opened with a Keynote Address on the human rights impact of the Coronavirus, delivered by Philip Alston, Professor of Law at NYU and former UN Special Rapporteur on Extreme Poverty and Human Rights. While acknowledging the many traditional human rights which have been affected as a result of the pandemic – such as freedom of speech and individual liberty – Philip largely focussed on the stark socio-economic inequalities which the pandemic has laid bare. His address was a powerful call to arms for lawyers to broaden their horizons beyond traditional, individualised forms of rights protection and to challenge the unjust structures which have facilitated everything from the degradation of the environment to systemic racism in society. 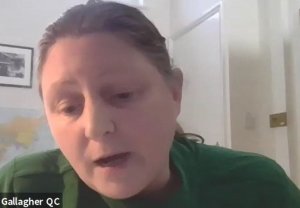 Caoilfhionn Gallagher QC gave this year’s Review of the Year. Caoilfhionn took us on a whistle-stop tour of the important cases and issues arising this year and stated that many events in early 2020 seems like a long lost memory. Amongst other topics, she highlighted a key domestic case brought by Leigh Day LLP where The Court of Appeal ruled that the Government’s failure to take into account variation in payment dates of universal credit is unlawful. Caoilfhionn stated that no reasonable secretary of state would have struck the balance in that way. She went on to discuss open justice and said that there are silver linings, including it being more common for judges to hear cases remotely. The result is that, in many cases, justice is far easier to access.

Our ‘Family, the Court of Protection and Human Rights’ panel was chaired by Family Division High Court Judge, Mrs Justice Lieven. We started by discussing society’s evolving concept of family life with Deidre Fottrell QC, with her expert consideration of the year’s biggest cases in trans-parenthood and surrogacy. We then benefitted from an insightful Scottish perspective from Rachael Kelsey on divorce forum-shopping, the Scottish Children’s Hearing System and cross-border disparity in secure accommodation provision. Finally, we had a fascinating breakdown of the Court of Protection’s year by Alex Ruck Keene, discussing the question of fluctuating capacity and sexual activity, the weight of wishes and feelings in the court’s assessment, and the shifting landscape of parental rights and the deprivation of a child’s liberty.

Tessa Khan opened the Climate Change and Human Rights session talking about the Urgenda case, in which the Dutch Supreme Court upheld a ground-breaking order requiring the government to significantly reduce greenhouse gas emissions on the basis of its obligations under Articles 2 and 8 of the ECHR. Tessa predicted that we are at the beginning of exploiting the existing legal frameworks to challenge such issues. Next Richard Harvey explored how human rights and public law is increasingly being used as tool to establish accountability for the climate crisis, flagging human rights-based challenges to national climate policies in Norway and the Philippines. Finally, David Wolfe QC presented on the HS2 case as well as the successful challenge this year in the UK Court of Appeal to the expansion of Heathrow Airport on public law grounds. David covered several fascinating UK climate cases and ended with an overview of the recent Irish Supreme Court decision regarding the National Mitigation Plan. Lord Carnwath of Notting Hill chaired the session and invited questions from attendees – after first asking the panel how courts can be effective considering the urgency posed by climate change.

The Immigration and Asylum panel covered a big 12-months. Kenneth Campbell QC covered a trio of cases (Tsiklauri, Saleemi and Ali v Serco) before turning to the prospect that Scottish devolved powers may allow for some post-Brexit divergence in immigration from England and Wales. Úna Boyd discussed the Upper Tribunal decision of De Souza, and how post-Brexit immigration arrangements risked the Good Friday Agreement and the needs of residents of varying citizenships in Northern Ireland. Louise Hooper finished with a tour de force of the historic arrangements in the United Kingdom that have led to the hostile environment and Brexit.

The Judicial Review breakout session was chaired by Sir Michael Fordham. It commenced with a discussion by Andrew Lidbetter of political judicial reviews covering the prorogation of Parliament (Miller (No.2)), Brexit related litigation and party political broadcasts. He highlighted that such cases likely fuelled the Conservative’s manifesto pledge to ensure that judicial review “is not abused to conduct politics by another means”. Next Jennifer MacLeod gave us an overview of the numerous judicial reviews spawned by the unprecedented circumstances of the pandemic… and why they have all failed so far, finishing up with her predictions for the future of pandemic related challenges. Finally, Catherine Callaghan QC took us on a whistle-stop tour of the most interesting and significant human rights judicial reviews of the past year, covering topics as diverse as juvenile spies, the definition of “mother” and racist landlords.

The Inquests and Inquiries session was chaired by Paul Bowen QC. It commenced with a discussion by Nicholas Griffin QC about parallel proceedings that may follow in the wake of disasters and traumatic events. He also discussed the potential for a Covid-19 inquiry and what its form and remit may look like. Next, Thalia Maragh looked at the importance of truth and accountability, discussing the duty of candour and the Public Authority (Accountability) Bill. She also gave an overview of position statements in the Grenfell Tower inquiry, which she expressed were a positive move but didn’t go far enough. Finally, Charlotte Haworth Hird took us through a comparison of inquest and inquiry processes and which better serves bereaved families. She also touched on a recommendation proposed by the JUSTICE Working Party, which suggests a Special Procedure Inquest in cases of multiple fatalities or single deaths linked by systemic failure. 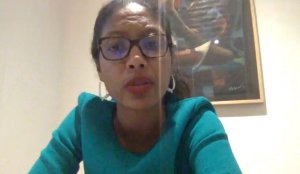 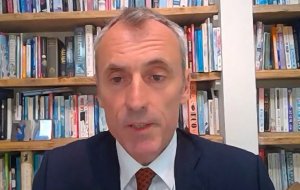 The Crime and Human Rights breakout session was chaired by Sir Brian Leveson. Francis Fitzgibbon QC began with a discussion on the COVID regulations and their impact on human rights. He highlighted the case of Dolan, which argued that the regulations were ultra vires, but was dismissed. He then turned to the case of BP [2020], where a judge took it upon themselves to derogate from Article 5 ECHR, which Francis questioned. Next, Shelagh McCall QC gave an overview of key Scottish criminal cases. There had only been one case heard by the UK Supreme Court, which was a challenge of the admissibility of evidence gathered by paedophile hunters, citing the right to privacy (following the breakout session, the UKSC ruled that such evidence is admissible). Shelagh asked whether the activity of paedophile hunter groups should be regulated. In the lower courts, there were a number of interesting cases involving Article 8 and rape shield laws. Our final speaker was Sandra Paul, of Kingsley Napley. She started by discussing important privacy cases, citing ZXC v Bloomberg as one of the most important cases of the year, which was about privacy while under police investigation. Sandra demonstrated the ease at which evidence could be forged, as well as the dangers of private messages being unearthed during investigations. To end her presentation, Sandra highlighted the work she was doing with JUSTICE with regards to racial disparity in youth justice.

We were treated to a personal and inspiring fireside chat from Sandie Okoro, the Senior Vice-President of the World Bank. Answering questions from Andrea Coomber, our director, Sandie discussed how the World Bank brings human rights considerations into its work and how taking a more gendered perspective can highlight needs that would not have been considered otherwise. Personally, Sandie said that although she was concerned about taking on her role at the world bank “people rarely ask you to do something they think you can’t do” and said that women should not be afraid to say yes. She also said she was an optimist and that “things do and have changed” in her lifetime, and the importance of simply keeping going should not be underestimated.

The conference concluded with this year’s plenary debate – ‘Our rights in times of Coronavirus’ – chaired by JUSTICE Director Andrea Coomber with our panel Tom Tugendhat MP, Chair of the Foreign Affairs Select Committee (Conservative Party), Baroness Kennedy of The Shaws QC, member of the House of Lords (Labour Party), Joanna Cherry QC, Spokesperson on Justice and Home Affairs (SNP), and Conor Gearty, Professor of Human Rights Law at the London School of Economics and Political Science. The debate was wide-ranging and featured impassioned insights from all the speakers. Tom Tugendhat MP spoke about rights in warfare, the responsibility to protect, and tackling corruption and media freedom as human rights abuses. Baroness Kennedy noted the underfunding of the justice system prior to Covid, and as well as speaking about populism and the role of sanctions regimes in giving teeth to international human rights law. Joanna Cherry QC addressed the threat to the Human Rights Act, the Black Lives Matter movement, jury trials during coronavirus and freedom of speech. Professor Conor Gearty concluded the session with a whistle-stop tour ending in observations on the importance of the Human Rights Act during Brexit.

Buy a ticket and get access to all the recordings here