Leslie was named Legal Aid Lawyer of the Year in 2012. In 2014, he received The Lawyer Hot 100 Award in the field of campaigners and was named Star Individual in the category of Police Law (Claimant) in Chambers and Partner.

My path to law was not easy or straightforward. I went to a comprehensive school in Inner London, and after having to retake my A levels, chose to study Law at Kingston. It was because of inspirational lecturers who were extremely supportive of me that I was able to excel in my studies. I particularly enjoyed social legal studies, civil liberties and criminology. When I left Kingston, I got a pupillage in a commercial chambers. This was a good training but not me, or who I am. I was working for various law centres in the evenings and realised that my purpose was to represent the small person who had suffered at the hands of the state. I made a decision that I would go to a less traditional set of chambers and was eventually taken on at Wellington Street Chambers which at the time was headed by Lord Gifford QC.  There I learnt my trade in civil liberties and human rights law.  The barristers and solicitors I was working with were gifted and bright.  When Wellington Street dissolved in 1990 I decided to join Garden Court Chambers and I have been there ever since.

Those of us at the JUSTICE Student Conference heard the story of your first inquest case, one that sounded like a very tough, but can you please sum up for us why you were first drawn to working in this particular area of the law?

My first inquest was something of a chance case for me.  I had been doing many police actions up until that point and did not know anything much about the coroner’s court system.  I was instructed I think because no one else in chambers was available and I was very junior at the time and the case needed to be covered.  But having done this case and witnessed the unfairness of the system and how families were so ‘outgunned’ at inquests, whilst agents of the state were represented and funded. I decided that I wanted to do something to redress the balance.

Tell us about your best- and worst- day at work.

My best day at work has to be when the jury returned the unlawful killing verdict in Christopher Alder.  That was really a case where I felt I was David fighting Goliath.  The family were up against 9 other interested parties who were all hostile during a 6 week inquest.  I never felt so alone and ganged up on when I was in court.  But I stuck at it and in the end the jury saw through the numbers game that the other interested persons were deploying and gave what I considered to be a fair and just result.

My worst day at work, was my very first day in court, when a judge shouted at me, for no good reason. I was on a family case, representing a father who wanted to see his children.  I referred to him as ‘Dad’ in court, and was bawled out in front of my client for using slang in court.  Apparently I should have said father.  Up until that point I had not realised that some judges could be so petty.  I had thought that the courts were meant to make ordinary people feel at ease. Apparently back then not so. I’m glad to say things have changed.

JUSTICE is principally a law reform organisation.  If you were Prime Minister for the day, what would be first on your law-reform to-do list?

Reverse the recent changes to the Legal Aid system, and allow many areas which were taken out of the scope of legal aid (prisoners’ rights and immigration for example) to come back into scope). Reform of the legal aid system which will allow equality before the law irrespective of your wealth.

It is important to get involved and early.  Practical experience in human rights work and law is invaluable.  It is about doing and not just talking about it.  Therefore join campaigns, organisations, volunteer at law –centre. I think it is also important to realise that you don’t need to travel to the US or Caribbean on death row projects, but there are Human Rights organisations in your local communities which are crying out for help and assistance.

Who or what inspires you most and why?

The people who inspire me the most are my clients. Just ordinary and everyday people who have suffered the most appalling tragedies but still have the energy to fight for justice. Take for example the Sean Rigg family; for despite the fact that Sean was killed in such awful circumstances in the cage area of the custody suite at Brixton Police station in South London, and that the family were initially fobbed off by the Independent Police Complaints Commission (IPCC), this has been truly inspirational in their pursuit for justice for Sean.  They never give up despite the fact that two investigations exonerated the police.  They have been relentless in the search for truth, which culminated in an inquest jury finding that the police used inappropriate force on Sean.  The IPCC in the light of that verdict, re-investigated Sean’s death, and some of the police officers in that case may well face potential criminal proceedings. 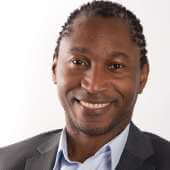