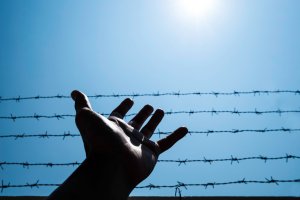 On Monday 2nd July 2018 at Kingsley Napley LLP, JUSTICE launched its latest Working Party report, Immigration and Asylum appeals – a fresh look. JUSTICE’s Working Party was concerned with the considerable challenges faced by the UK immigration and asylum appeals system. The Working Party took a holistic view of the process – from Home Office refusal decisions, through statutory appeals and judicial review process to the right of appeal to the Court of Appeal.

The report was introduced by Sir Ross Cranston, former High Court judge, and Sir Ernest Ryder, the Senior President of Tribunals. Sir Ernest commended the ‘collaborative arrangements suggested in the report’ and told the audience that he would refer the report to the Administrative Justice Council to ‘ensure its recommendations are followed up’.

A high percentage of successful appeals against Home Office decisions; instances of poor-quality and exploitative representation; and the recent removal of appeal rights have put pressure on a system that is already complex and subject to frequent change.

The Working Party report also comes at a time of significant change to the justice system through the HMCTS Reform Programme, which is aimed at the modernisation and digitisation of the system. The Reform Programme is complemented by Home Office projects to improve initial decision-making, with the aim of reducing the number of unnecessary appeals.

“The Immigration and Asylum appeal system suffers from widely reported deficiencies and a culture of non-compliance with the rules and practice directions. This leads to high volumes of cases in the appeals system and lengthy delays. The Working Party recognised that the reforms underway present an opportunity to improve the processes, but considered that further measures are needed to effect meaningful change.”

With the benefit of evidence from a wide range of expert consultees, and working with the judges, HMCTS, the Ministry of Justice and the Home Office throughout, Working Party members have formulated 48 practical recommendations for change.

“In an arena where appellants are often highly vulnerable and many cases involve fundamental and non-derogable rights, it is particularly important that our immigration and asylum appeal procedures are as fair and robust as possible.  This report demonstrates that all actors involved need to improve the quality and efficiency of their processes so as to ensure that those who are entitled to remain in the UK are able to do so in a timely manner”.