Runners from across the legal profession, as well as their clients, took part in the Royal Parks Foundation Half Marathon in London on Sunday 9 October. 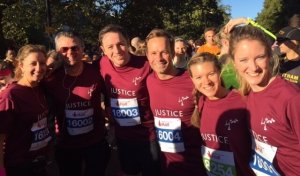 The fantastic team of runners covered 13.1miles each and have raised over £13,800 so far. These are invaluable funds for JUSTICE and will particularly help finance a new Mental Health Working Group, as well as the charity’s other work.

The team who has raised the most money is Berwin Leighton Paisner (BLP) with over £8,100 of 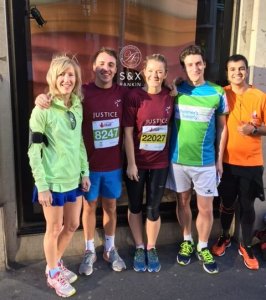 donations and the leading individual fundraiser is Andrew Street, from BLP, who has raised over £2,000.

Also to those unable to take part in the final run but who trained and raised money for JUSTICE: Caroline Shepherd, Nadia Morgan and Nathan Willmott. 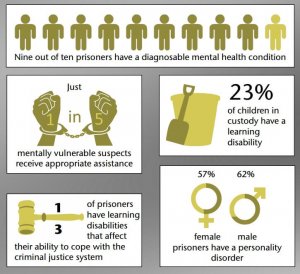 The legal system can let down some of the most vulnerable in society. Too few people receive the fair treatment they deserve from the moment they become a suspect. Currently, 23% of children in custody meet the threshold for learning disabilities. 57% of female and 62% of male prisoners have a personality disorder.

To sustain JUSTICE’s crucial work in this area, and elsewhere, we have a fundraising target of £20,000 and are making one final push for the finish line. JUSTICE is very grateful to everyone who has already given their support.

If you would like to make a donation, please do so using here at the TeamJUSTICE page.